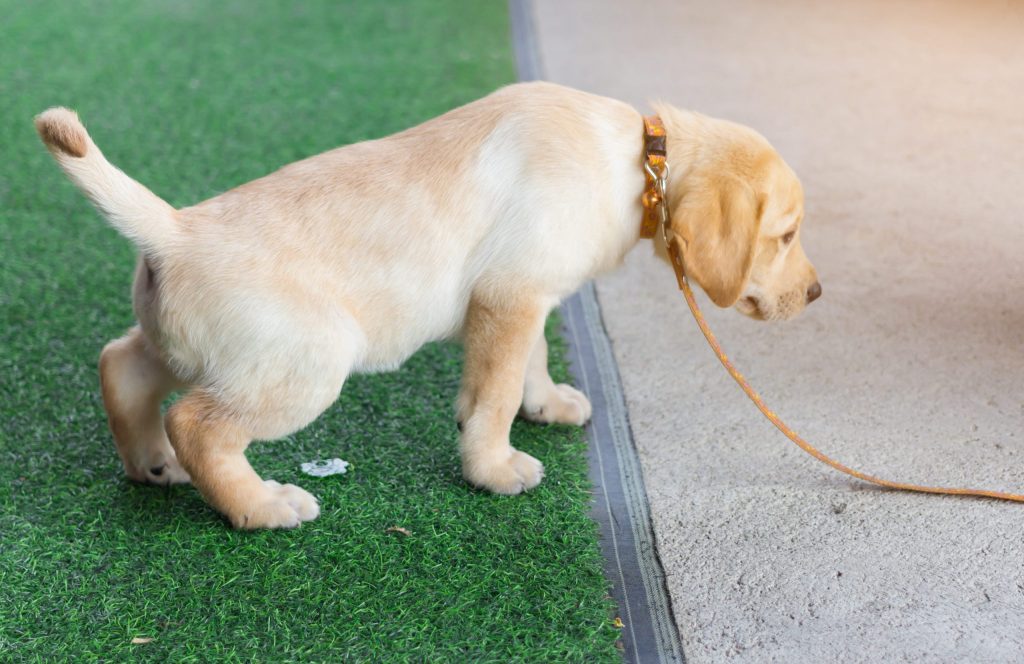 Bringing home a puppy for the first time is exciting, but it can be daunting too – especially when it comes to the rather important subject of house training, and teaching your puppy that the best place to toilet isn’t on your best and most expensive rug! Fortunately house training can be very simple when you follow the advice below.

Timing & routine is everything

Puppies need to go to the toilet a lot because they have small bowels and bladders and don’t have much control over them in the early weeks. So being prepared is crucial.

As far as your puppy is concerned, it doesn’t matter where he or she goes to the toilet – they will just look to go when they feel the need. It’s only us that care about where they should be toileting 🙂

Puppies should be taken out to the toilet after each of these events:

Waking up
After a meal
After playing
After a training session

Plus for the first few weeks it makes sense to adhere to the 30 minute rule too – buy yourself a timer or set an alarm on your phone to go off every 30 minutes. It’s a useful reminder to take puppy outside to see if they need to go to the toilet.

How to let your puppy know when they’re right

So you’re taking your puppy outside regularly and they’re weeing and pooing as expected – so they’re housetrained right? Wrong! Unless you let them know that you like what they’re doing they won’t know, so you need to reinforce or reward the behaviour of going to the toilet outside. I like to keep a tub of treats handy by the back door, so that when we go outside to the garden and my puppy ‘performs’ I then make a big fuss of them and reward them with a nice, tasty treat 🙂

Plus taking them back to the same spot in the garden each time will help remind them what they’re being taken out there for, and will make it easier for clearing up if it’s just one area of the garden they’re used to using.

As well as making a fuss of them, I also like to teach my puppies a word that means ‘go to the toilet’. This is great when you’re out and about and you need to make sure they’ve been to the toilet in a suitable place. All you do it watch them sniffing around finding a good spot to wee or poo, and tell them ‘Toilet’ or whatever word you want to use, just as they’re in the act of doing their business.

It’s important that your puppy makes as few ‘mistakes’ with their toilet training as possible – but remember, as far as they’re concerned they’re only emptying their bowels/ bladder, they’re not making a mistake. They’re just doing what they need to do!

We are responsible for any of the puppies mistakes because we’re the ones setting the rules about where they should be going to the toilet. So it’s crucial that we set ourselves up for success by supervising the puppy carefully, and learning their signals for when they want to go to the toilet. You should be looking out for puppy sniffing the ground and circling looking for the right spot – that’s when we need to take them outside quickly!

When we can’t supervise them we need to have them somewhere safe where they can’t create puppy mischief or have an accident when we aren’t paying attention. A crate or a puppy pen is an ideal solution, and when filled with puppy toys and chews it becomes a great place for your puppy to amuse themselves safely 🙂

NB: Crates & puppy pens should be positive places for your puppy – they won’t be if they are left for hours on end and don’t have any good things to associate them with like treats/ toys or chewies.

Cleaning up the inevitable accident

We’re only human and the odd mistake is inevitable. So if puppy does have an accident inside, don’t say anything to the puppy just quietly clean up with a good pet stain & odour remover and have plenty of kitchen roll at the ready. It’s important to use a proper pet odour remover or biological washing powder as normal household cleaners tend to contain ammonia which can inadvertently draw puppy back to weeing or pooing in the same spot and they don’t remove the smell for the puppy. We like Simple Solutions Stain & Odour Remover, see suggested resources at the bottom of the page 🙂

Following the above guidelines will help your puppy to associate the act of going to the toilet with being outside rather than indoors. This is also what we’d advise if you’re bringing home an older puppy or rescue dog until you know that they’re safely housetrained. If you have any questions, please don’t hesitate to post them below 🙂

Watch my recorded Facebook live below for answers to more frequently asked questions. 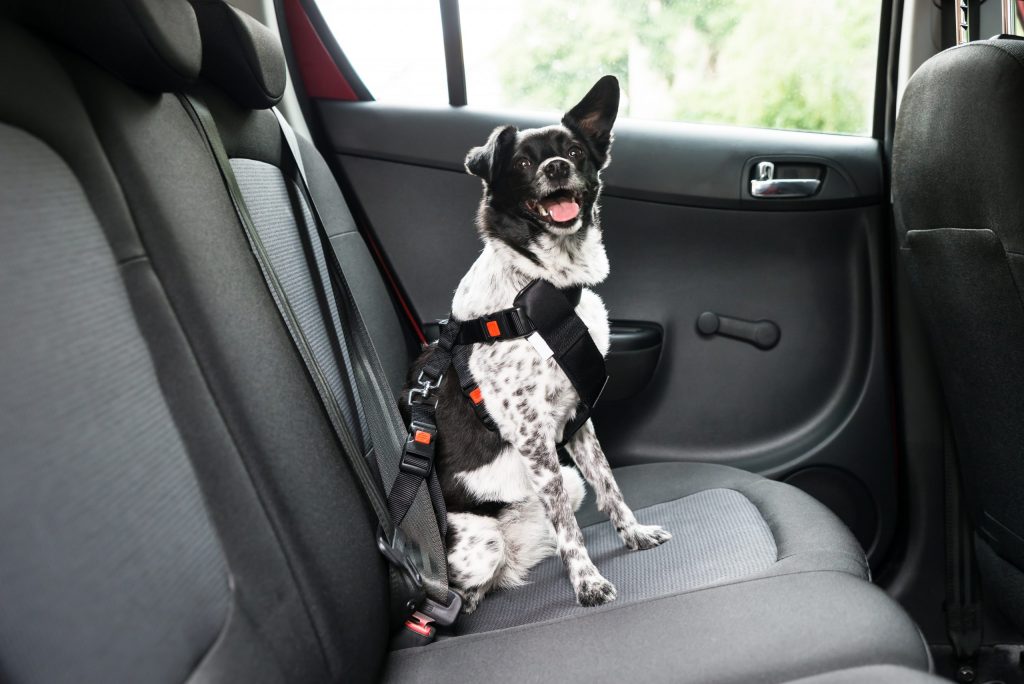 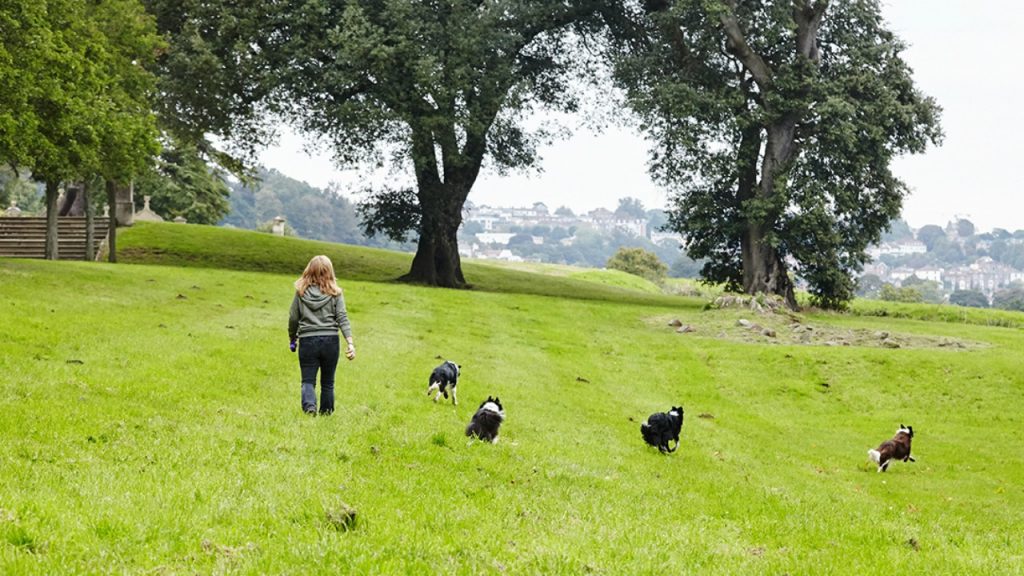 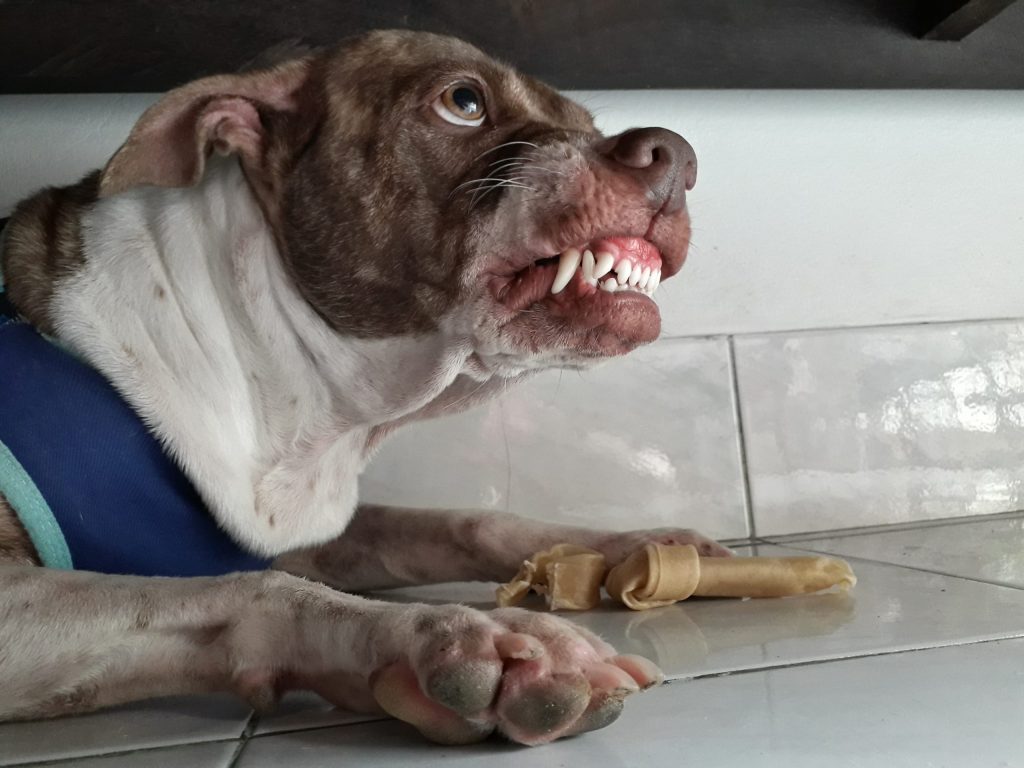 Vlog: How To Avoid Resource Guarding